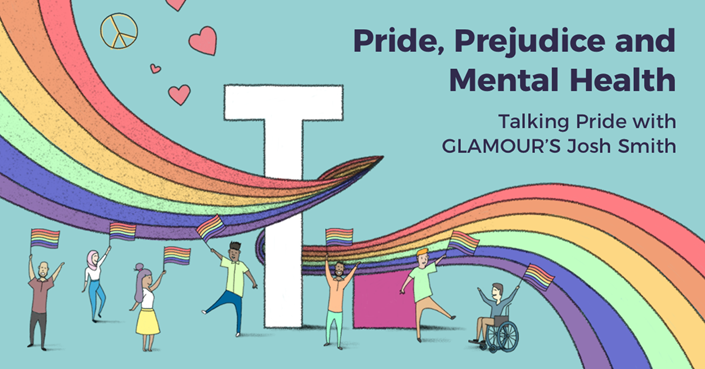 This year Transmission celebrated Pride month more than ever with a whole host of workshops, talks, and internal initiatives. We learned a lot and the discussions we had are important to keep going beyond Pride month itself. Despite June being over, it’s still so important not just to celebrate Pride, but to educate ourselves on how to become better allies to the LGBTIQ+* community. Pride may be a chance to party and show the world how proud you are to be you, but being LGBTIQ+ isn’t always shiny and rainbow-coloured and doesn’t end when Pride month does.

However you identify, there’s no denying that the last couple of years have been… well, rubbish for everyone’s mental health, but the LBGTIQ+ community is especially vulnerable.

A recent study by Stonewall found that over the previous year:

That’s staggering. And shocking. So what can we do about it?

Transmission’s Jon Griffiths and Elizabeth Marriott sat down with GLAMOUR’s Celebrity and Entertainment Director, Josh Smith, who, when he’s not chatting with cover stars like Oprah and Victoria Beckham, also runs GLAMOUR Unfiltered and the YouTube channel ‘Make it Reign’ – where he chats to celebs about mental health issues and tries to reduce the stigma by showing that talking and listening is the most powerful thing you can do.

Transmission: Tell us a bit more about yourself, Josh

Josh: I’m an out and proud gay man, but I haven’t always been. Being called 'gay' felt like a negative label, now it feels like a badge of honour.

When I was younger, I didn’t have any role models. I didn’t feel like anyone was going through the same things as me and I felt very isolated. I grew up in a small village of 200 people and definitely didn’t know…anyone from the LGBTIQ+ community. I feel like the topics that…really stick with me are the ones around struggling to talk about your mental health, isolation, and talking about diversity and inclusion.

Transmission: Which interviews or discussions have really stayed with you?

Josh: That’s like being asked to pick your favourite child! Perrie Edwards talking about her anxiety was a real eye opener, especially given how young her fanbase was. I got so many messages saying ‘this is helping me understand, and it’s giving me the vocabulary to talk about my problems for the first time.’

I remember a conversation with Chrissy Teigen about her mental health struggles and she said something to me I will never forget about explaining mental health to friends who don't necessarily understand it, and she said: “Sometimes even picking up my antidepressants feels like picking up a 60-kilogram dumbbell”. And I just thought that was such a powerful line and really resonated with so many. The interview went everywhere, and it was so amazing to see people talking about [her issues] and what she’s been through.

I think that's the ultimate power of being a journalist. You get to help people tell their story and you get to help them tell it in a safe way, and then to also help others with that story as well.

Transmission: You talked about how these interviews create role models for people. Who are your role models?

Josh: Paris Lees is an amazing transgender activist and author who’s just released this incredible book about being bullied and being called gay, growing up in a deprived area and being sent to prison for robbery, substance abuse, family issues.  She’s so open about the bad decisions she’s made and doesn’t try to bury or excuse them. She’s definitely a new role model for me.

Obviously Oprah is a huge one. I interviewed her, Reese Witherspoon and Mindy Kaling for a Disney film and I was SO nervous, so I just went in a tried to be myself. I actually said to them “Guys, you’re like the Destiny’s Child of Disney” and they just lost it! At the end Oprah said what a great job I did and that really gave me faith to just go into situations and be authentically myself.

I'm thinking about that a lot recently because it's Pride month. Everyone wants to live their life authentically and [be] their truest self. And I think if you can do that in any given situation, even the workplace, which, to be honest, is probably one of the hardest places to truthfully be yourself, I think that's the greatest lesson we can all learn. I wish I’d known that when I was younger.

Transmission: Is there any advice you’d love to give your younger self?

Josh: It’s actually a piece of advice I was given by the actress Hayley Atwell who said to me: ‘Whatever you do, take you wherever you go. You set the pace, you direct the tone, that is what your gift is as a human.”

You get taught in your life that your differences can be a negative thing, but your ‘difference’ is your superpower, whether you’re part of the LGBTIQ+ community, the Black community, the Asian community – it’s such an important lesson to learn.

Transmission: What advice would you give to someone who wants to be a better ally?

Josh: I think it’s important to recognise your privilege regardless of your background. I mean, I have privilege as a white cisgender gay man, even within the LGBTIQ+ community, so for me it’s about listening and learning, from trans friends, gay female friends, etc. With some people you can only empathise, not sympathise, because you will never walk in their shoes, but listening, educating yourself and then teaching others is how to be an ally. It’s not about broadcasting it on social media.

Transmission: What does Pride mean to you?

Josh: To me it means living authentically, loving and respecting myself as best I can, and taking pride in my community, because that’s been a real journey for me. The phrase ‘Love Wins’ is used all the time – love in terms of relationships wins when it's celebrated, legal and welcomed everywhere.

* LGBTIQ+ stands for lesbian, gay, bisexual, trans, intersex, queer or questioning. We’ve used the term LGBTIQ+ on this page, however, we acknowledge that this doesn’t cover all the ways people define their gender or sexuality. Transmission designed a glossary based on terms and definitions provided by The Queer Box here. 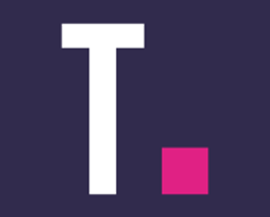