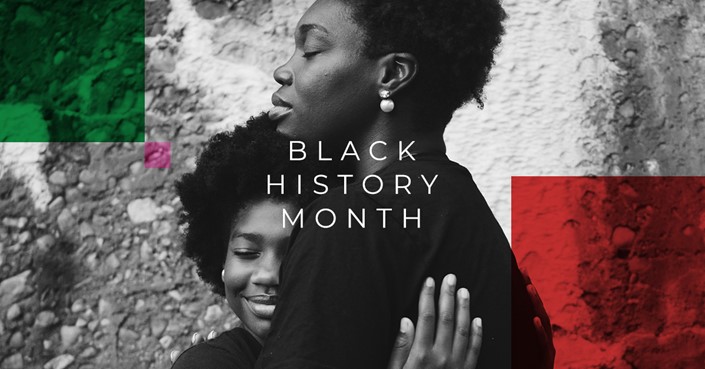 “My humanity is bound up in yours, for we can only be human together.” —Desmond Tutu

Here at Transmission, we are excited to celebrate US Black History Month so we can learn more, understand more and do better. We would love as much participation as possible so please dive in with us and enjoy the amazing content coming your way.

This year’s theme, “The Black Family: Representation, Identity, and Diversity,” explores how the black family has been “reverenced, stereotyped, and vilified from the days of slavery to our own time.” The theme encompasses the individual black family and encourages “discussions on the nature and impact of parenting, childhood, marriage, gender norms, sexuality, and incarceration,” according to the Association for the Study of African American Life and History (ASALH), the organization that founded Black History Month.

A LITTLE HISTORY ON US BLACK HISTORY MONTH

Carter G. Woodson is known as the Father of Black History. Born in 1875 in Virginia, the son of former slaves, Woodson had to put off schooling while he worked in the coal mines of West Virginia. He graduated from Berea College, and became a teacher and school administrator. He also received graduate degrees from the University of Chicago and in 1912 was the second African American, after W. E. B. Du Bois, to obtain a PhD degree from Harvard University. Most of Woodson’s academic career was spent at Howard University, a historically black university in Washington, D.C., where he eventually served as the Dean of the College of Arts and Sciences.

Convinced that the role of his own people in American history and in the history of other cultures was being ignored or misrepresented among scholars, Woodson realized the need for research into the neglected past of African Americans. Woodson believed that education and increasing social and professional contacts among Black and white people could reduce racism, and he promoted the organized study of African-American history partly for that purpose.

In 1926, Woodson pioneered the celebration of “Negro History Week”, designated for the second week in February, to coincide with marking the birthdays of Abraham Lincoln and Frederick Douglass. The Black United Students and Black educators at Kent State University expanded this idea to include an entire month beginning on February 1, 1970. Since 1976, every US president has designated February as Black History Month.

Here’s how we’ve decided to break it down. More details will follow each week.

The Importance of Sharing Black Voices in Storytelling

Understanding the Black Culture through Cuisine

“Diversity is not about how we differ. Diversity is about embracing one another’s uniqueness.” —Ola Joseph